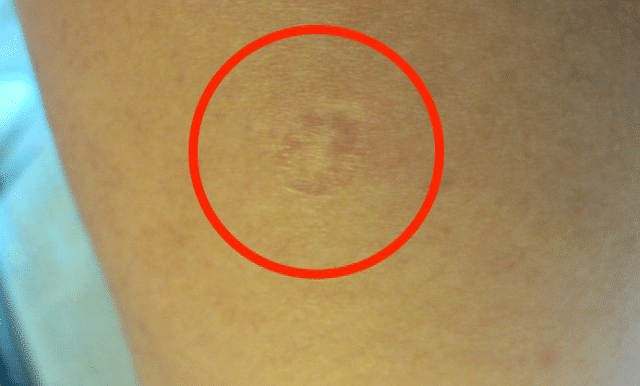 Do you know why some people have a tiny round scar on their upper left arm? This is a scar due to vaccination for smallpox. This vaccine was very common before the 70s. Doctors used a live Vaccinia virus in order to trigger an immune response that would protect people from the Variola virus that caused smallpox.

After the vaccination was done, blisters formed and afterwards, they developed a crust and healed in several weeks. In the end, there was a round scar left. The doctors used a bifurcated needle dipped into the Vaccinia solution to deliver the vaccine. The individual’s arm was poked few times and each time the needle broke the skin, a tiny amount of the vaccine was inserted, which caused blistering. This is probably why the scars are rather large.

WHAT HAPPENS AFTER THE INSERTION OF THE VACCINE?

A small swelling appears on the vaccinated spot and it lasts for 6 to 8 hours. Afterwards, the swelling goes away. After 6 to 8 weeks later, another swelling appears, similar to a mosquito bite. This swelling begins to grow and forms a nodule that breaks open and releases a fluid and an ulcer is created. The ulcer heals, but there is a scar left. In some individuals, the ulceration and healing process lasted recurred 2 to 3 times.

In the West, after the 70s, smallpox disappeared; therefore, this vaccine was no longer a practice, unless someone went to a country where the virus was still active. In the 80s, the Variola virus was eradicated from the entire population and there was no longer a need for smallpox vaccines.

This div height required for enabling the sticky sidebar